It would take 3 days to travel the 17 miles from Leeds to Bradford but it would be worth all the preparation. The official opening ceremony was to take place at the Armouries Museum and on arrival I was told that Sue was in the main arena with Bilbo (the cob that was to lead the boat all the way from Leeds to the Tower of London) for the start of the first stage of this epic journey.
On entering the arena I was amazed. The auditorium seats were empty and Sue and Bilbo stood alone in the corner of this massive stage. Tumbleweed rolled in the breeze reminding me of a scene from a B rated western.
After the various preparations of harnessing Bilbo the journey commenced. He towed the boat for 100 yards before being unhitched for the first lock. A further short manhandling across the mouth of Clarence Dock before being harnessed up again. 20 yards and the horse and rope had to overcome the barrier that protected the gated compound of new residential accommodation. Defeat was finally accepted and Elland was buttyed up for the journey along the City Centre waterfront.
Passing through River lock into the iconic splendour of Granary Wharf, the start of the Leeds-Liverpool canal. A security guard looked on in amazement as Bilbo was led across the pristine flagstones to finally be harnessed between the dry dock and moorings, only to meet the barrier of a locked gate to prevent vehicle access along the tow path.
The youngsters commented upon the dramatic change merely by crossing the road of Wharf Approach. The canal looked unloved and uncared for. Derelict buildings, overgrown stretches of land, unpainted lock gates, litter and graffiti.

The end of day 1 was Armley Mills but how did you get access from the canal? A high wall protected by razor wire surrounded it. Eventually the museum staff opened a big double gate, which opened up into another oasis. – almost a mirror image of Thwaite Mills. Bilbo was led to graze in its massive grounds.
Day 2 merged into Day 3 and we arrived in Saltaire. The young people had constantly commented upon the changing landscape of the canal from heavy industrial to serene rural before entering the softer industrial buildings of Bradford.
As we passed through Shipley Wharf we saw the Merlot nestled amongst the other boats at the mooring. They looked at me in bewilderment as I pointed it out to them. I explained its importance as a community boat.
We arrived at our destination of Saltaire to a small welcoming party. After a short speech and thanks from Sue we got into our minibus for the journey back to Leeds.
The project had benefited over 50 pupils who had given over 450 hours of ‘voluntary’ labour. They had collected over 20 bags of rubbish; they had operated 18 locks, and opened 10 swing bridges. They had walked over 20 miles. The only complaint was that the project had finished.

The next day 2 Cadets came to help out at the heritage weekend. They used their new skills during the horse boat demonstrations as it went up and down Hirst lock. They guided visitors to the demonstrations and they explained with pride their involvement over the previous weeks.
The school has expressed a wish to help develop a locally based community boat project in Leeds; they have expressed a wish to ‘adopt’ part of the canal and to become more involved in the work of the Museums. They have clearly seen the potential of the waterways and their enthusiasm is very exciting. 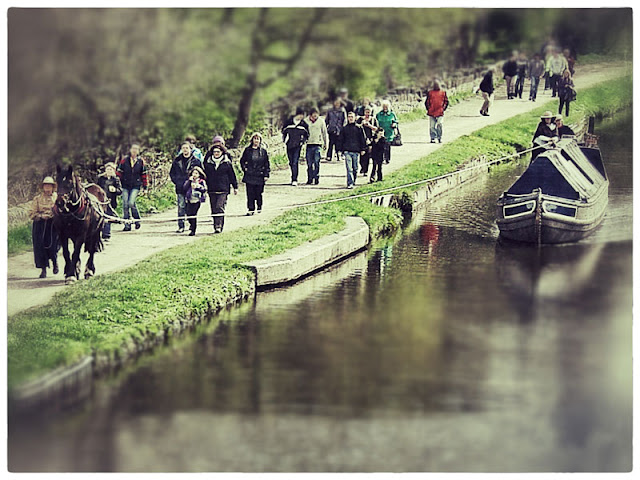 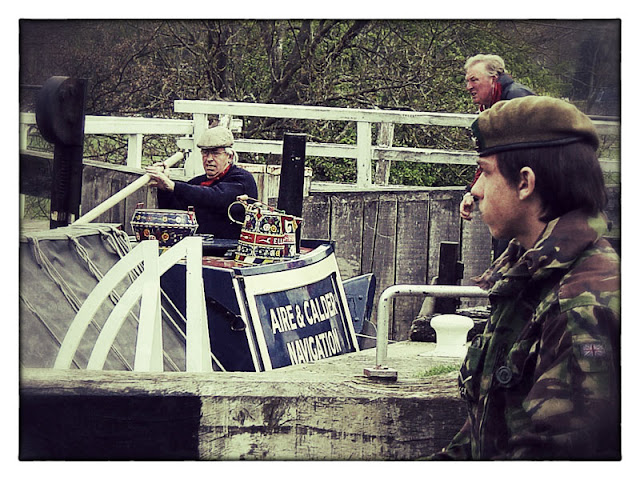 Posted by Canal Connections at 14:12