Throw a Stone In The Water...

Last week I had a very full day of networking and idea propagation in three very similar but completely different locations!! First off I have applied for a start up grant from the School for Social Entrepreneurs. The information session was held in Harehills, Leeds. On arrival it was obviously a former Victorian  school building.  The imposing entrance gave a clue that its use had been changed with “Shine” in bold letters. The interior had been converted to a very modern minimalistic look but there was a buzz of vitality coming from the variety of social enterprises it now houses. 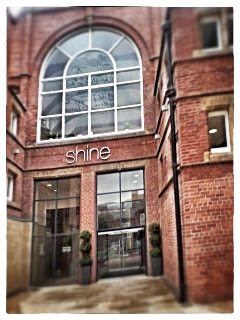 The 25 applicants had to give a 2 minute presentation as to their enterprise and it was inspiring to hear peoples experiences that had given them the passion to create change.Stephen said: “I will stand up to show I am special” then recounted how he had been told the number of things he would not be able to do again – walk –speak – hear following serious illness.  Evidencing he could now do those things but the manner of peoples attitude had given him the desire to give fellow ‘special’ people information where they could get a standard of service. A trip Advisor model!!Stewart as an ex-offender demonstrating how he would use his Masters degree to support others to overcome the barriers that individuals face on their release from prison.Sheila talked about developing an education enterprise to “stop before you start”.  Following the death of her parents within 12 weeks of each other to lung cancer caused by smoking wanted to create an early intervention amongst young people. A very competitive process but I spoke to a number of individuals after the session to develop a network because of the synergy between our visions. – You don’t know where it may lead.
I then went into the middle of Seacroft.  The lovely green space hides the complexity of issues that many of the residents face but the ‘perimeter fence’ around the Academy gives an indication of the effect of those issues. The Moyes Centre is a multi Agency and community hub with hot desking and meeting space to enable partnership working to develop informally.  This was demonstrated on a number of occasions by people just saying hello but then saying “oh you are the boat man” or “Alan has told me about the canal man”  This created conversations about how they could see a boat project benefiting the area.  I showed my visitors around who could not hide their admiration for the facilities. Comments ranged from “It must cost you a fortune” to “Are we holding our A.G.M. here next year?” 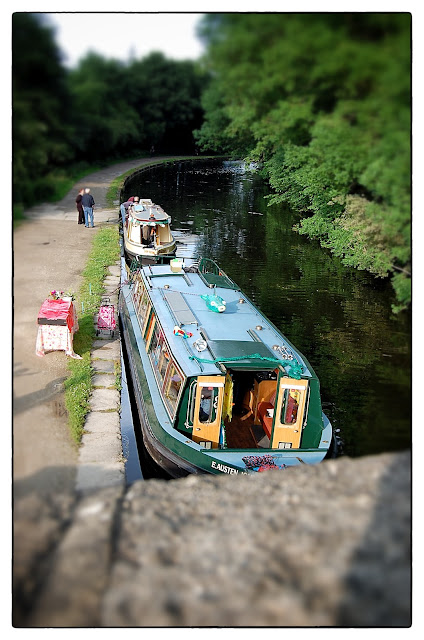 The day was to finish with a relaxing cruise from Bramley.  Arranged by Beautiful Bramley, it was part of a weeks festival incorporating our friends from Safe Anchor again. They provided 2 boats for local residents to have cruises morning and afternoon. The boat was adorned with art created by the passengers but their programme showed their further creativity.  Bring your own vinyl (records) and dance on the smallest floating dance floor to a floating mini cinema. 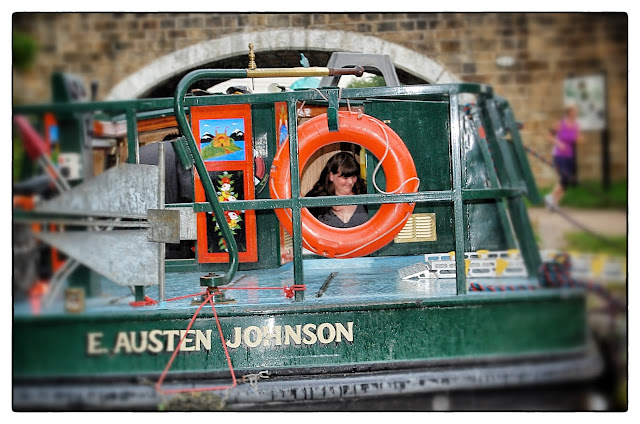 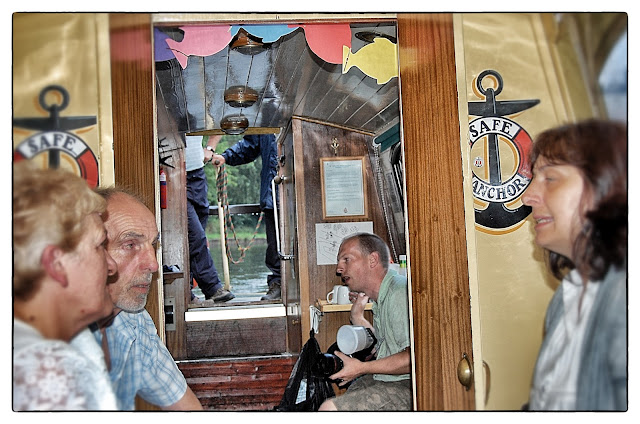 The boat was abuzz with conversations about the benefits that Safe Anchor had brought.  I could not resist throwing in “but that is only four times a year”.  This led to conversations about how they would use their local canal if they had greater access. Pam from the local Tenants and Residents Association said “We have a young lad on an ABC order but he would do really well on this” – Steve from the Community Association said “We would use it for inter-generational work” Alan explained how his pupils had benefited on the ‘Horse boat project’ – Chris could certainly see it helping her family intervention work. John explained about his idea for the use of the canal between Bramley and the town centre. This raised the concern about the boarded up lock keepers cottage. I explained it was to be auctioned and this led to an action plan as to how we could delay the sale in order to put a business model together for social and public benefit.  “Once its gone – we’ll never get it back”
Paul sat quietly in the corner listening to the conversations but when asked he told us that he was making a guide to help people who had mobility problems to find out where they could hire an adapted boat.  I gave him details of a colleague who organises trips for families with wheelchair users and voiced the NCBA concerns about the limited compliance with the Disability Discrimination Act –“Perhaps we could work together and ….then there’s Steve from this morning.”
……………….and see where the ripples go
Posted by yvonneroberts at 07:46